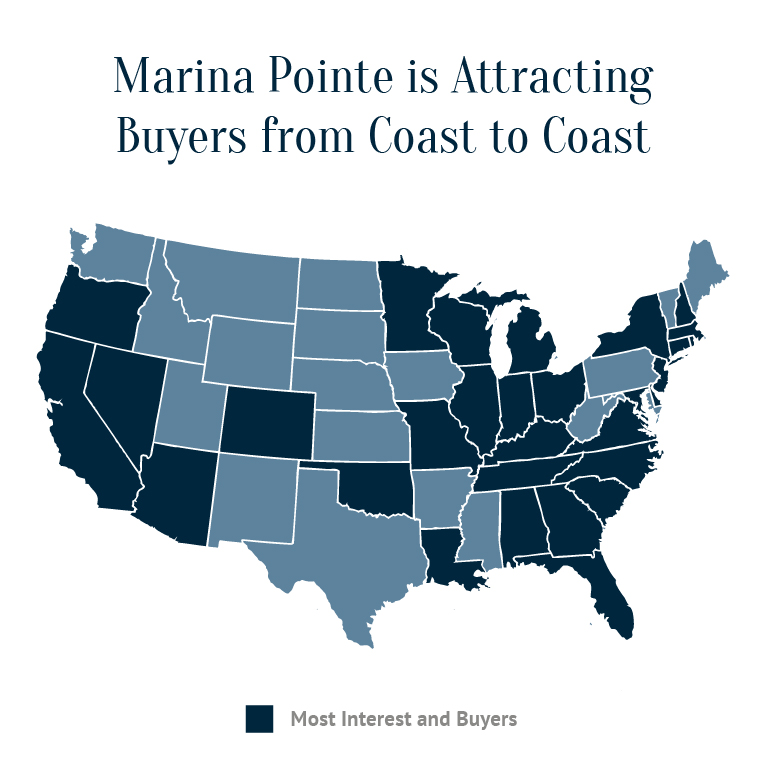 For those of us who live in Tampa, Florida, it’s no surprise why people are falling in love with our southern, coastal gem. We’ve increasingly been topping national headlines with a Super Bowl and Stanley Cup win, beaches topping national lists and major companies choosing to relocate here.

“It’s very unique to get this versus some other parts of the state — to be close to the sports teams, and the airports, and the beaches.” – Recent Marina Pointe Buyers

With more people working remote than ever before, many are asking themselves where they really want to live…and palm trees and year-round beautiful weather are quite enticing. WalletHub ranked Tampa as the ninth fastest-growing city in the United States, and according to Niche’s 2021 Best Cities to Live in America list, Tampa was ranked among the top 50 best cities.

While escaping the cold is a clear reason people tend to move south, what else is drawing people to the Tampa Bay area?

The U.S. Census Bureau reported that the states with the highest migration numbers to Tampa were New York, followed by Illinois, Georgia, and Virginia. We are seeing similar trends with most of our residents buying from: